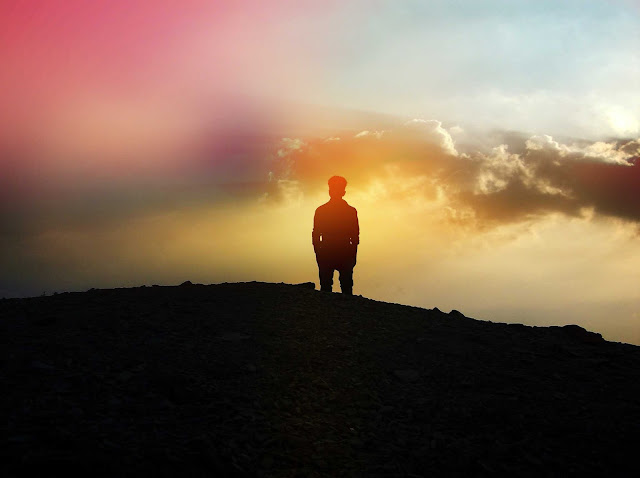 
Working in the government’s lead agency against illegal drugs for almost two years now has been a very challenging profession. Fulfilling the mandate of national drug demand and drug supply reduction given by us no less than President Rodrigo Duterte, and dealing with internal office politics could be detrimental to one’s well-being. And yes, in our own agency, I’ve seen a lot of people holding key positions broke down. Couldn’t imagine the effects of their outbursts brought to other people, who had seen them. Broken workers, wrecked organization… deteriorated nation, enslaved by illegal drugs, chemicals, and precursors.

Thankfully, I was oriented to attitudinal healing and its principles thru the Healing Attitude, Loving Essence (HALE) careshop of Reintegration for Care and Wholeness Foundation, Inc. (RCWFI) on February 4 to 5 this year, only a week after the Chinese New Year. Thus, feeling so refreshed and inspired to make this year of the Fire Rooster the best of the best period of my entire life to date, personally and professionally.

This two-day healing or should I say HALE-ing had made it more powerful and memorable through the presence of my careshop classmates: four Catholic priests, one Catholic nun, and six Catholic seminarians, among other corporate professionals. The dyads and group exercises seemed magical as my partner, a mom, in a one-on-one session was also a media practitioner like me. Hence, we felt comfortable with each other immediately – a must prerequisite for a greater work later. As we communicated, surprisingly, we mirrored to each other the issues we were facing for the longest time – me with my mother, she with her youngest son – a very draining reliving of the memories we had with our family members. We were even asked by the facilitators to reenact our earlier dyad. What a shame?! Hahaha! But felt so comforted by the nice words given by our fellow participants after our skit – that we helped them processed their own dyads. This careshop was also rich with group dynamics that purged me to the bones. It felt like I was an onion whose layers of beliefs and programs were kept on peeling off. The result? The thing that will only remain throughout eternity – my essence, which is only LOVE. And I realized that even love has so many layers that are needed to be reexamined, monitored, and managed, even peeled off again, allowing my true colors, my true self shine through.

After HALE, the one-day Shadow Power (SP) careshop came in on February 6. Popularized by the late Debbie Ford, the Shadow Process enabled her to attain the highest version of herself she aspired for by finding out “that there was gold hidden in her darkness, light hiding in her bad behavior and power hidden in the traumas of her past” (The Ford Institute website). Her students testified, “The last workshop you will ever need”, “The greatest gift I’ve ever given myself”, and “The BEST choice you will ever make for the investment of YOU!”

Fortunately, I didn’t need to go to the United States to reward myself with Shadow Process. RCWFI’s Tita Harriet Hormillosa and her amazing team assisted me and my careshopmates in our own individual shadow process. Prior to the closing ceremony of the activity, a fellow participant gave me a note, telling me that she was able to welcome, accept, say “hello” to her particular strand of shadow due to my courage of sharing mine before the group. Yes, this woman and I were dealing with the same strand of shadow. After a month of attending these two careshops, I have noticed that I am more clever now to acknowledge my thoughts and feelings and recognize the messages they bring. I have become more integrated, whole, and empowered to make the best things happened for me and the people I serve as an Executive Assistant IV in the bureaucracy. And consistently embrace, use, and transmute my negative traits to deliver win-win solutions in healing, loving, and engaging ways. There is an insight gained from a TED Talks session online that says, “addiction results from disconnection”. Because of HALE and SP, I always say “HALE-o (hello)” now to every bit of negativity that I may still have and process it to make my “HALE-o (halo) even brighter, stronger, and fuller!!! I feel more attuned to my own Truth, at home with my own company, my very own self. Further, I’ve become more synchronized with my own daily tasks, my long-term goals, and the most exciting of all, their sure-fire manifestations.